Goodbye Papa. See you on the other side.

Homepage Cancer Goodbye Papa. See you on the other side.

Goodbye Papa. See you on the other side. 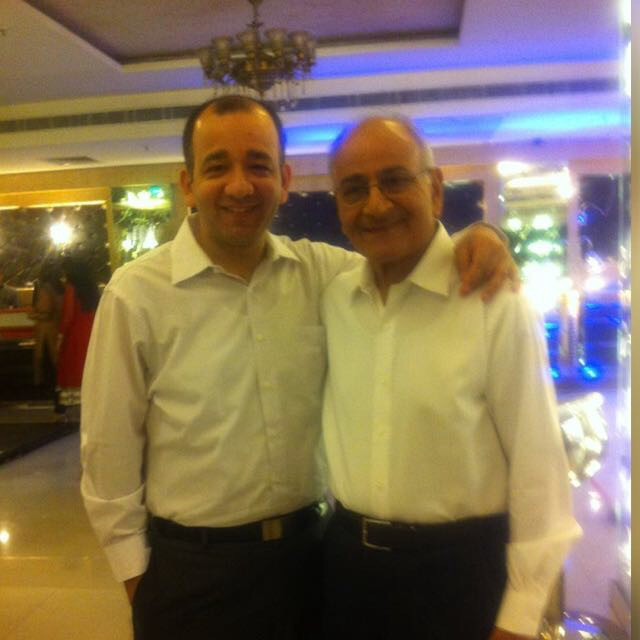 Me trying to be him.

I lost Papa while looking into his gentle loving eyes. He was 75.

He had not said a word in the last 10 days and was merely responding with eye movements.

â€œPapa, If you can hear me move your eyes to the leftâ€. He would.

My days and nights were spent consuming lab measurements. One day his kidney function would be out of whack and the doctors would be injecting him high dosage steroids, which would make a regular man run like Usain Bolt. On others, it would be his lungs. When both of them worked better, it would be his nervous system.

The cancer, which originated from his rectum had taken all over his beautiful body. It was heartbreaking to see his strong persona devolve into such frailness.

It had only been 11 months since the doctor had broken the news â€” It is stage III cancer, she said as a matter of fact while playing with her hair, having the experience of breaking such kind of news to thousands of patients over the years. A routine cancer patient for her but my reason of being on this planet.

He had gone to the hospital with a strong gait of a confident man and I had to bring his shriveled body wrapped in a pristine white cloth from the same hospital after 11 long months.

We were so naive, and hopeful. We thought he would get better in no time. Maybe, all of us were drinking the new age positivity-cola.

I know of people who have collapsed after hearing that they had cancer. Or, they were paralyzed. Or, they cried why them. But, not me. Not Papa either.

We thought of it as just another disease that would go away if we were to take care of him well. And, if we were to do what doctors told us to do.

And why would cancer do any harm to Papa?

You see, It was so hard not to fall in love with his personality and his approach to life. He could charm anyone with his caring attitude and wit. Instantaneously.

He was a mathematical whiz, banker, poet, singer, deeply spiritual, movie buff, foodie and genuinely practiced live and let live. The kind of short bios that you would have seen on Medium and Twitter. And, he was actually that. Every bit of it.

I donâ€™t know how but he somehow always had the right thing to say.

Okay, I lie. Not always. Otherwise, why would I get into so many fights with him while growing up? Must be his fault. Nahâ€¦It was all mine.

Funny thing, had he been reading it, he would have said that I missed calling him an athlete. But, we both know that he was only chess and carrom board champion. And then, he had won all those trophies whopping other bank colleagueâ€™s asses.

You see, neither world class athletic sports nor bank employees epitome of athletic ability. So, Iâ€™m skipping calling him an athlete.

But, you know, the most admirable part â€” he treated my mom like a queen. Despite being born during pre-partitioned India, he feverishly believed in the equality of women â€” supporting my mother with all of her entrepreneurial dreams when women were sometimes forbidden to even step out of the house. Never took any credit in any success and was always there to support her in failures.

We were brought up believing in the power of Karma â€” good things happen to good people. And nothing would happen to him. Because, hello, he was the ultimate good badass that I had ever known.

But you know, Karma is a bitch sometime. It ended up making us delusional.

Not to the point that we didnâ€™t follow the doctors. Actually, we followed them to the T. But it wasnâ€™t meant to be.

It just progressively got worse. Initially, he started having difficulty in walking. Then he couldnâ€™t eat well. Then he developed breathing problems. Then he had terrible time expressing himself.

It was like the cancer wanted all of him. Every bit of him. Like it was in love with what he had to offer. And cancerâ€™s love for him proved to be much stronger than ours in the end.

All I could do was look at him when I would come back from work. Sit right next to him. Stroke his thinning hair. There were times that I would look at him for minutes realizing the eventuality but then shrugging it off.

Sometimes, I would make stuff that he liked eating. He would take forever to eat it and would give me a smile after that. A beautiful benevolent smile.

And then there were times while changing his diapers in the night, he would just give in. Like he had succumbed to being a baby and wanted to get all the pampering. The initial shyness of his son changing his diapers had completely disappeared and it looked that he would be saying â€” â€œNow, you see, what I had to go through to clean youâ€.

But, then there were few times that I would lose my humanity and there would be cellphone clutched in my hands while talking to him. Or, I would grow impatient when he would taking 10 minutes to chew a bite. Or, how I would sometimes miss the 2 hour window to change his diapers in the night â€” because I was too tired and exhausted. Only to find diaper sores and my guilt in the morning. (I donâ€™t know if he now sometimes look down from heavens and disapprove of me.)

It still didnâ€™t hit me even when his lungs started collapsing and we had to rush him to the hospital. I just kept on telling him that he was going to be alright. Well, I donâ€™t know if I was trying to calm him or myself.

Iâ€™ve been fortunate to see lots of highs and lows in my life. One of the worst experience has been taking my dying father in a cramped ambulance wading through maddening Delhi traffic â€” Where evening commuters lose their humanity on the streets, which take them back to their home or loved ones. They treat everything as a threat to prolong their mission of getting back home, even an ambulance. The wailing of ambulance or for a sonâ€™s dying father doesnâ€™t move anyone a bit. Literally and figuratively.

I had taken a sigh of relief after admitting him in the hospital but little did I know that it would turn out to be his death bed.

The doctors gave up after 8 days.

I spent the last 2 days walking aimlessly in the hospital corridors. My heart would freeze seeing an incoming call from the hospital.

But, I finally got the dreaded call around 1:30 AM that night. His blood pressure wasnâ€™t coming up at all. It was hovering so low but it felt that he was waiting for something before giving up.

I stroked his hair. I just stood there crying my heart out. In amidst the thought of losing him, all I could say to him was â€” â€œyou are the father anyone would have died for. I canâ€™t thank you enough for all what you did for me. Iâ€™m truly sorry for all the hurt and pain that I might have caused you and I hope you forgive me cause I didnâ€™t know any better. And I forgive you for all the pain that you caused me. Just know, I love you. I love you so much. Thank you for being the best father. I love you papa. I love you so muchâ€.

I could see a tear drop from his right eye. Maybe, it was his way of telling me that he loves me. Maybe. Or, Maybe, he heard me say â€” â€œI love youâ€ to him for the first time.

I kissed him on his forehead and left to call my mom so that she could say her goodbye as well.

And, after few minutes, he was gone.

Founder & CEO of Quovantis, an avid book reader and a student for life.